We are one of the top vintage Rolex watch buyers in London. Our experts will give you an accurate valuation, and we will pay a full market price for all Rolex vintage models. Do you want to sell an antique Rolex watch? Did you receive an old Rolex watch as a part of inheritance? Do you have a vintage Rolex watch which is not working?

With years of experience in dealing with Rolex watches, we hope you to guide you through every step of valuation and selling your unwanted out-of-fashion Rolex watch.

At Knightsbridge Watches, we buy all Rolex vintage model watches. However, some of the models are more desirable than others. Here is a list of some of the vintage Rolex models we buy for the top market price:

We buy all vintage Rolex watches – To get a free and quick price quote, just fill out the form below, and one of our experts will contact you shortly. 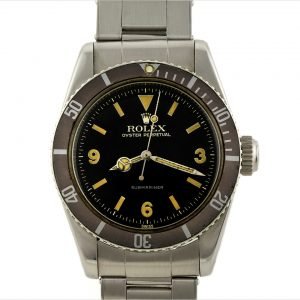 It is famous for it’s masculine and sporty look due to its large case featuring rounded case back and generously proportioned Brevet crown. The watch boasts of a time recorder that can be calibrated from zero to 60 and comes encased in a beautiful pressure resistant Oyster case.

Few sports watches have such iconic status amongst collectors like a beautifully aged reference 6200. 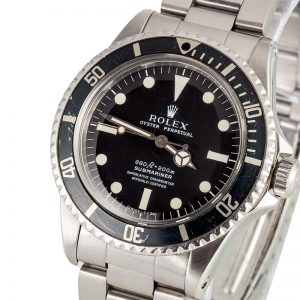 Rolex made some major changes to the much-loved Submariner model when it first launched in 1959.

The main difference was the addition of “shoulders” that were featured on the crown side in an effort to protect the winding and setting mechanism. Through 1964, the shoulders were pyramid shaped and as the model further evolved became rounded. The Submariner 5512 can be taken down to depths of 200-meters and is also noted for its oversized crown.

Reference 5512 is one of the most sought-after Rolex Submariner with the Rolex enthusiasts.